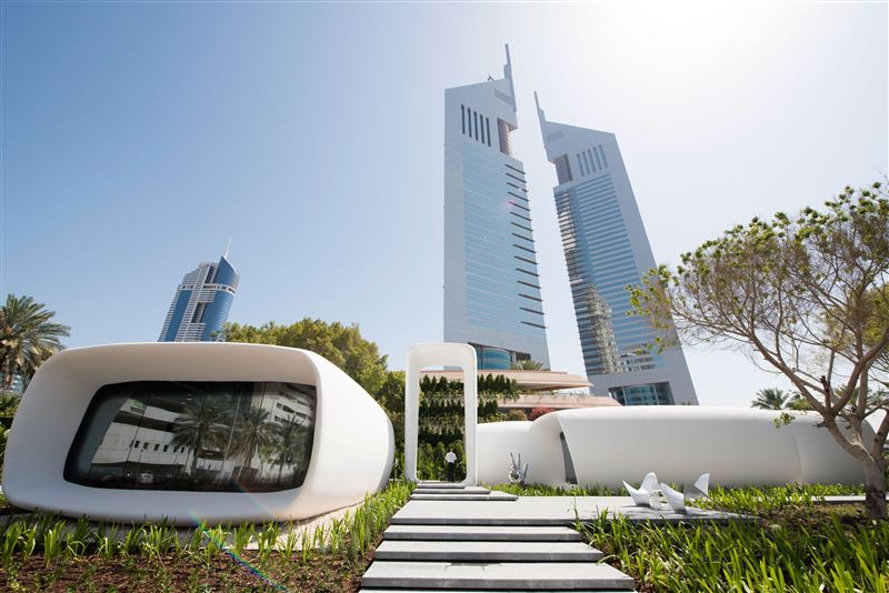 Labor costs, speed and eco-friendly processes — these are just a few of the ways that 3D printing is revolutionizing construction. It’s now possible to 3D/print almost any geometrical shapes. Houses, bridges and buildings are already in construction. The setup is usually simple, automated and increasingly innovative.

The following companies are behind the 3D printing revolution and are influencing how high-tech construction is reshaping our world. 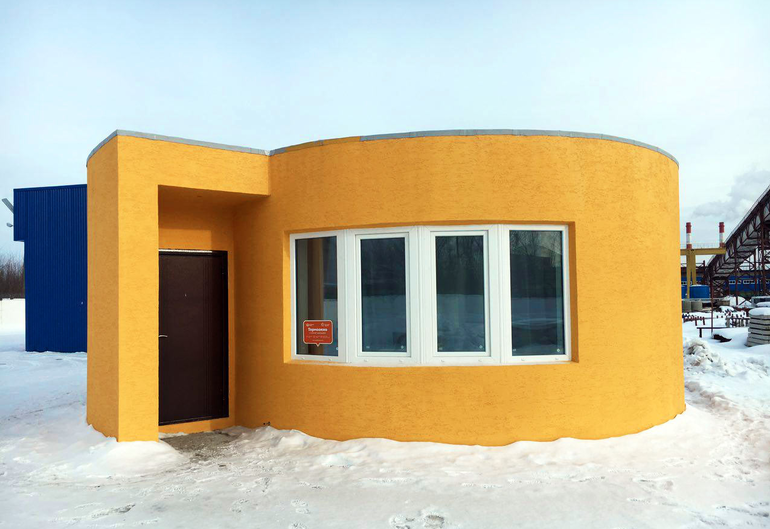 “When there won’t be enough space on Earth for humanity to live, we are ready to be first to start building on Mars,” says founder Nikita Chen-yun-tai. In a test facility in Moscow, the 38-square meter house was constructed. The actual machine time printing took only 24 hours. Costs of construction? Just $10,134.

WASP is an acronym for “World’s Advanced Saving Project.” The Italian company has set out to balance environment and technology. Their aim is to create houses that will support social needs — eco-friendly solutions and optimizing available resources from renewable energies to furniture design, hydroponic research and vertical garden plantations. Their projects prove that natural materials can and should be recycled.

It only took HuaShang Tengda a month and a half to 3D print a 400 square meter house. While other housing printing projects have been on a smaller scale, this one was a two-story villa. Their unique printer uses in-house technology controlled by custom-designed software. A combination of four systems are at work: an electronic ingredient formulating system, a concrete mixing system, a transmission system and a 3D printing system.

The Chinese construction company is best known for 3D printing livable homes. WinSun recently revealed some of their impressive structures in Jiangsu Province. Their giant printing machine is 20 feet tall, 33 feet wide and 132 feet long. The company claims their construction methods save 60 percent of the materials cost and 80 percent of labor costs.

At the Dubai Future Foundation, it’s clear that Dubai is fast becoming the world’s most futuristic city. The 3D printed office was printed in Shanghai using one of WinSun Global’s printers, then reassembled in the UAE. 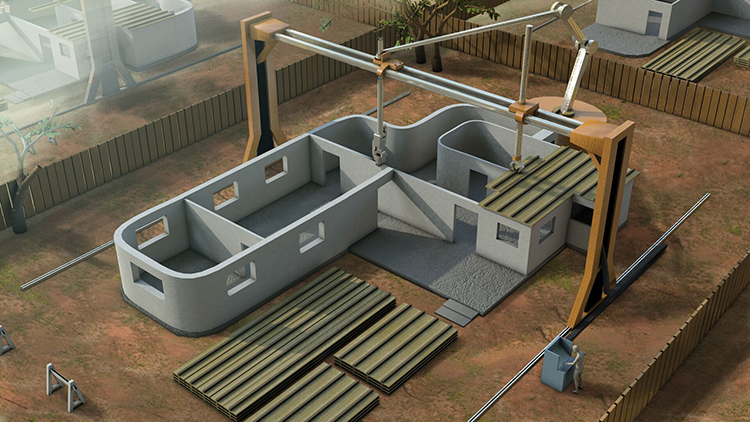 CC Corp’s technologies allowed them to build a 3D house in a mere two days. This revolutionary engineering will allow folks to move into their new homes days after construction. Contour Crafting hopes that their specially-designed robotic systems will enhance the environmental footprint. They plan to move beyond homes on the Earth, and into the futuristic realm of space for homes on the moon.

In 2014, MX3D invented an affordable multiple axis 3D printing tool. This robotic machine can weld and 3D print metals in mid-air. This innovative Dutch startup is now attempting to build a stainless steel bridge over the Amsterdam canals. One of their aims is to showcase the functionality and sustainability of objects like the MX3D Bridge project. And, more importantly, how this type of engineering is already possible today.

Focusing on large-scale 3D printing, XtreeE has 3D-printed a structural pillar in a very public space. They are one of the first of their kind in Europe. XtreeE was able to build a 4-meter high post to support the roof of a school gym. Total printing time was only 15 hours and 30 minutes. It’s also been a way to educate the public and youth on environmentally friendly construction methods.

WAAM has now made 3D-printed metal parts possible. Researchers at Cranfield University deposited a 6-meter long spar and an aerospace-grade aluminum alloy. It was based on two giant industrial robots, an innovative way to test and assess structure capacity. They partner with students at many universities to test and run their 3D-printing projects. The student/researcher teams at the Cranfield University were recently awarded the NATO Defense Innovation Challenge Award for their Modelling Applications of Additive Manufacturing in Defense Support Services. 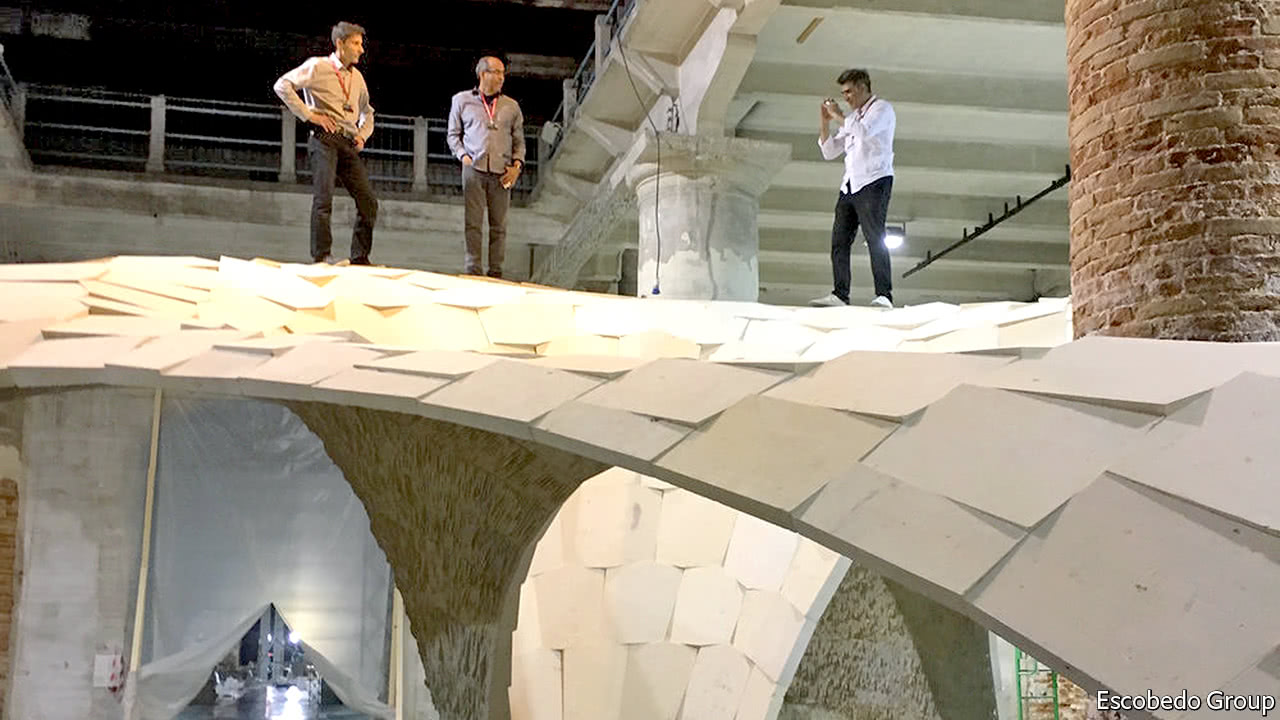 FreeFAB in London has proved more cost-effective developing of complex building designs. They use high-tech 3D printing to cast hundreds of concrete panels. Taking on Europe’s biggest 3D construction project, these panels are being used to build Crossrail. It hopes to connect a new railway between London’s East and West end. Using the FreeFAB™ Wax technology, they combine both 3D printing and 5 axis surface milling for precision molds. FreeFAB has also 3D printed floors in the works, which is said to be up and running as soon as 2018.

When imagining smart cities, Dubai is pictured. And CAZZA is one of the companies behind 3D revolution. They’re determined to construct the world’s first 3D printed skyscraper. Their robotic 3D printers can construct complex and tall buildings at incredible speeds. Even the reinforcements are 3D-printed.

The Block Research Group has been analyzing the architectural, cultural and structural heritage of the world’s historic masonry constructions. Their research has enabled them to develop and investigate how technology can be used to design 3D-printed floor systems, creating new possibilities for the next generation of architects.

3D printing has proven to be both adaptive and flexible. This could mean significantly lighter flooring systems, which in turn would lower foundation requirements and costs.

The Institute for Advanced Architecture of Catalonia (IAAC) are leaders in the field of civil engineering. They are responsible for the innovative PYLOS research project, which sees 3D printing as the answer to the planet’s environmental problems. It explores additive manufacturing and fabrication using local and 100% natural materials. The IAAC can create materials using the natural properties of soil.

“The objective was to develop a technique that went beyond the robot – relying only on its mechanical properties – and allowing a design research based exclusively on the material properties and behavior,” the company says. “This research process included the optimisation of material mix, using only natural additives, as well as optimizing fabrication times…The material cannot be other than soil.”

The IAAC has also developed a 3D Printed Bridge in Madrid. A pedestrian footbridge printed in micro-reinforced concrete, its length spans 12 meters by 1.75 meters.

CyBe Construction is offering mobile and modular 3D concrete printing techniques at an affordable rate. Some of the construction projects they provide clients with include the following:

· Pillars of bridges or viaducts

The Dutch company is currently testing for 3D sewer-pits, printed on site. This speedy construction process makes sewer-pit production more automatic. They are also transporting a CyBe RC 3Dp printer to Dubai, working with the Dubai Electricity and Water Authority (DEWA) for development of the R&Drone Laboratory.

However, founder Platt Boyd acknowledges that 3D printing isn’t the solution for everything.

“It is something that is applicable in certain cases, but in most cases involving commodity construction, it is not the solution,” Boyd said. “There are a lot of ways to frame and build a building that are going to be faster and cheaper than 3-D printing it.”

Another leader in the manufacturing revolution, Fast Radius partners with other engineering construction providers. Through their global platform, they can manage the construction process, providing the technology for 3D plastic and metal printing technologies. They are currently expanding into Asia, starting with innovative construction capabilities in Singapore. 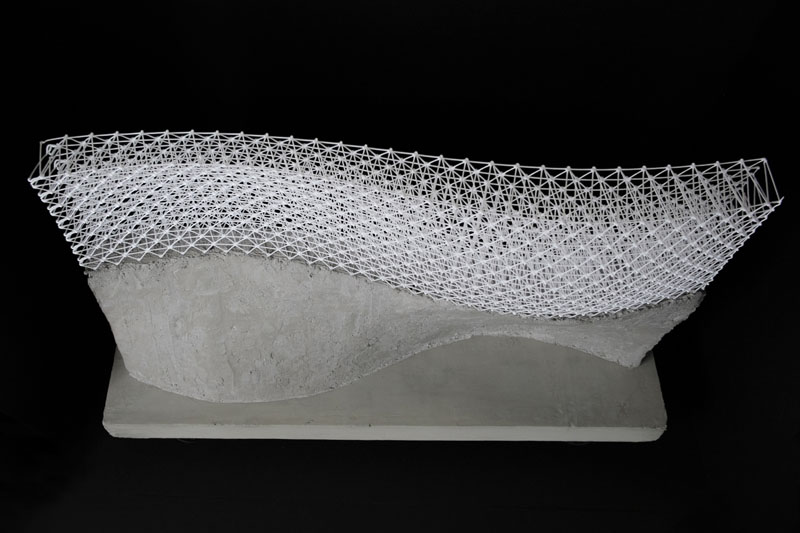 Sometimes tagged the “Swiss MIT,” researchers at the Gramazio Kohler Research focus on additive digital fabrication techniques. They recently won an innovation prize for their 3D-printed robotic construction. The Swiss Technology Award 2016 highlighted their Mesh Mould, which showcased the potential of interweaving functional and aesthetic qualities into a structure. This Mesh Mould was used for the first time this year to construct a building in Dübendorf, Switzerland.

Oak Ridge National Laboratory in Tennessee partnered with industry leaders for their latest innovative project: They have been successful in creating the world’s first fully functional excavator. Known as Project AME, they 3D-printed several parts of the excavator, including the operator cab, the hydraulically articulated arm and the heat exchanger.

It is clear that large-scale construction still faces some challenges. Many of the above companies have projects still in the testing phase. But it is just as exciting to see the speed and innovation with which engineering technology is accelerating.

What is in store for 2018 and beyond? Stay updated on our blog and website for the latest news in construction automation, artificial intelligence and innovative apps in use today.

Many of the above companies have projects still in the testing phase. But it proves additive manufacturing is advancing at a rapid speed.

Perhaps such structures will be everywhere in first-world countries in less than a decade. And is it possible that mankind will soon have the means to transport 3D-printed houses to the moon or Mars? The future possibilities aren’t so far fetched.