Wearable Tech: How Construction Companies are Saving Lives and Dollars 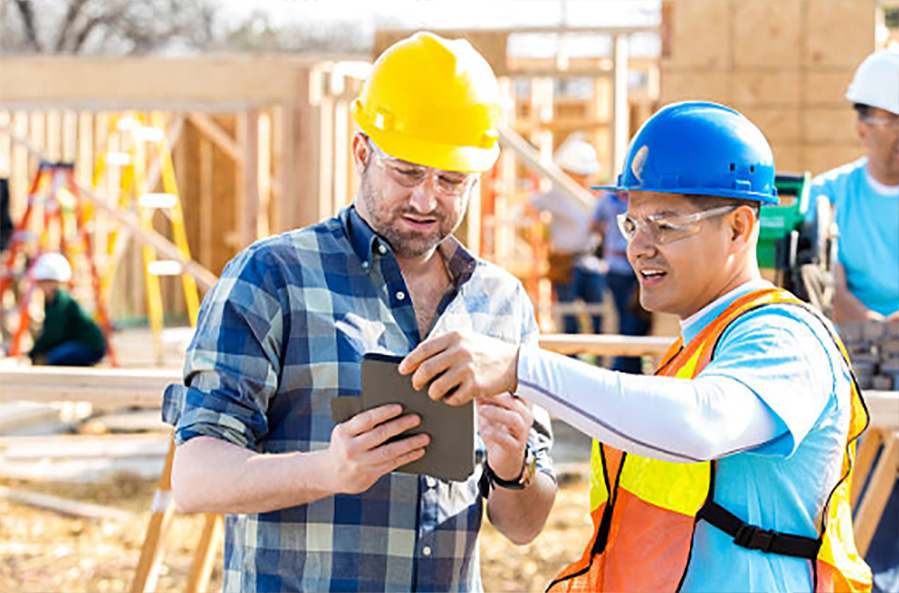 Wearable Tech: How Construction Companies are Saving Lives and Dollars

With each new technology and application that is introduced into the market, the world becomes more advanced than ever before. It’s an exciting time to be alive! Access to the internet at one’s fingertips, the Hyperloop is making breakthroughs, 3D printing allows anyone to create just about anything in their own homes.

Virtual reality allows users to explore computer generated worlds. It seems as though the only limitation is one’s own imagination at this point and this is where wearable tech comes into play.

Though it is nice to see what the average consumer can do with these devices, it is even more amazing how these technologies can change practical fields and industries such as construction. The world of construction benefits from these exciting changes as new technology and is introduced. What seems to be catching momentum is the amount of wearable technology that will be made for the construction field.

Working in construction can prove to be dangerous, as there are many hazards to be found on the job site. An ideal scenario will be one where worker injuries are kept at a minimum. Often times, managers and supervisors do not know if their workers are injured, or when they do it usually is too late.

SolePower, a company based in Pittsburgh, has made boots that have a variety of sensors built inside of them. These sensors can detect temperature, GPS, Wi-Fi, and electronics and inertial measurement units (which track location and motion) — an all-in- one construction app. SolePower has developed these boots in order to provide a safer working experience for construction workers.

Another piece of promising wearable tech comes from the company Zipcool Wear, a company established in Japan. They have developed a special jacket that cools the user down allowing workers to continue productivity while maintaining an ideal body temperature in the hottest environments.

The jackets are designed to create airflow that surrounds the worker’s body, so that sweat is vaporized quickly. This prevents the user from excreting excess amounts of sweat. These were designed with construction workers in mind in order to lower the risk of heat stroke while working outside on the job site.

A Finger on the Pulse

One way to check on the health and productivity of construction workers is to use a wearable sensor known as spot-r. Spot-r is developed by Triax, a company based in Connecticut.

It is equipped with a sensor that measures slips, trips and falls in real time. Spot-r also tracks the location of the worker on the job site so help can reach them as fast as possible. Another cool function that Spot-r has is the ability to record when the worker leaves the job site. Spot-r then stops recording data and the worker is then clocked out.

A common problem in the construction field is that workers can find themselves in dangerous areas at the wrong time.

Caterpillar has developed a wearable technology that enables machinery to detect workers in order to avoid injuries and fatalities. Caterpillar calls this technology CAT Detect for Personnel.

It uses a Radio Frequency Identification (RFID) technology that is placed inside protective equipment (such as vests or hard hats). An antenna is then installed on the equipment that will communicate to the RFID tags. Vehicles that are equipped with these antennas will be able to detect any ground worker that is wearing a CAT RFID.

Loud audible alarms also alert the worker(s) of interference of the detection zone behind the equipment.

It is well known that construction jobs are some of the most dangerous jobs out there. With wearable technology, there is a chance of making it much safer. One can only imagine what technology will be introduced into the construction field.  It’s definitely safe to say that the future of construction will be a safer, more connected one.